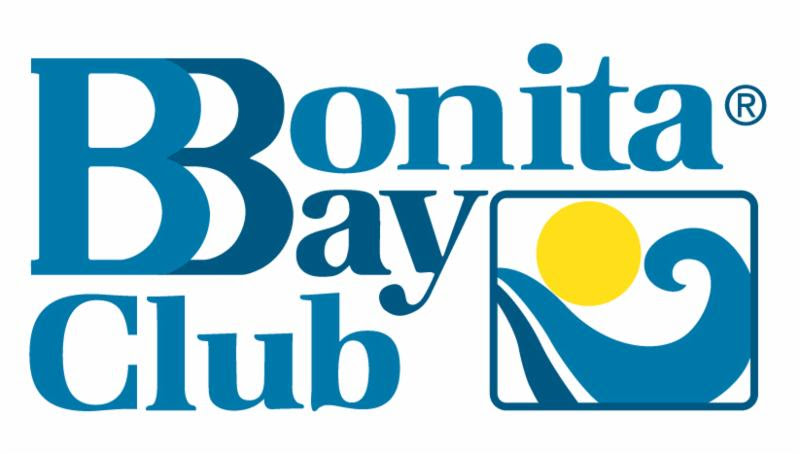 Where an image is known to speak a thousand words, I find it difficult to find the need to embellish, with text, the image below as it clearly tells the story, at least in-part, as to why you and I either are in Bonita Bay now or soon will be. This is the weather forecast for the week of Christmas, 2015.

Prepare for a Strong Selling Season

“We’ve seen prices edging upward on a consistent basis all year long,” said Mike Hughes, vice president and general manager of Downing-Frye Realty, Inc. and president of the Naples Area Board of Realtors. “That has not stopped sales activity — which remains at a steady clip. My advice to buyers is to move quickly if you find something you like or you may lose it. And to potential sellers, if you’ve been vacillating about selling, now may be the best time to consider listing your property with a Downing-Frye Realtor. Our company carries the largest percentage of listings in SWFL, and our family of agents sells more company listings that those listed by others. Whether you are buying or selling, we can help you be prepared for the season.”

Bonita Bay Club President Dave Barry welcomed approximately 200 people to the Annual Meeting. He began by saying that the Club is in a very positive financial position. There have been 151 new members join Bonita Bay Club contributing $5.2 million in initiation fees. Dave went on to say that the Club continues to enjoy sold-out events and robust member participation in golf with 114,411 rounds of golf; close to 28,000 tennis games and about 60,000 visits to the fitness center. The results of the Board elections were also announced:

Bonita Bay Club announced three elected members to the Board at the Annual Meeting on November 18th. They are: (left-toright) Judy Howald, Paul Muehr and Dave Shellenbarger.

THE COMMUNITY ASSOCIATION held its Board of Directors meeting at the Activities Center on November 19th. The meeting was called to order at2:30 by President Dave Eckrich. His opening remarks addressed a recent Leadership Meeting that was attended by approximately 40 representatives of the various neighborhoods in Bonita
Bay who brainstormed issues facing the Community:

An audience member expressed surprise when learning that the Annual Dues went up by 10% this year. Dave Eckrich indicated that this was the first time in five years that the BBCA has raised the dues. It was pointed out that in order to stay competitive in the market, employee salaries rose by 3% as well as extra cost for employee medical benefits. A resident expressed concern about committing the community to contracts with fiber optic cable companies — he suggested the BOD use caution when dealing with these options. The comment was duly noted.


CHANGES TO THE LOCAL BUSINESS SCENE

O’mei’s Chinese, Gatsby’s Pizza and Big Al’s closed in Bonita Springs. New to the restaurant scene are Fish Crazy Restaurant and Blu Sushi in Tamiami Square (where Naples Tomato used to be). A state-of-the-art walk-in clinic opened at 3302 Bonita Beach Road (at the US 41 intersection near the new Publix) and the Bonita Bay Club’s “Lifestyle Center” received rave reviews since its “grand reveal” in early October.

BONITA BAY REAL ESTATE TIP: Why Use a REALTOR®?

When selling your Bonita Bay home, your REALTOR® can give you up-to-date information on what is happening in the marketplace, including price, financing and terms of competing properties. These are key factors in a successful sale of your Bonita Bay property at the best price in the least amount of time. Only real estate licensees who are members of the NATIONAL ASSOCIATION OF REALTORS® are properly called REALTORS®. REALTORS® subscribe to a strict code of ethics and are expected to maintain a higher level of knowledge of the process of buying and selling real estate. They are committed to treat all parties to a transaction honestly. REALTOR® business practices are monitored at local board levels. Arbitration and disciplinary systems are in-place to address complaints from the public or other board members. Your REALTOR® can help you objectively evaluate every buyer’s proposal and then help write an appropriate legally binding sale agreement. Between the initial sales agreement and settlement, questions may arise. For example, unexpected repairs may be required to obtain financing or a problem with the title is discovered. Your REALTOR® is the best person to help you resolve those issues and move the transaction to settlement.

How Buyers Found the Home They Purchased

Home buyers may use several information sources in their search process, but they are most likely to find the home they actually purchase through a real estate sales professional. 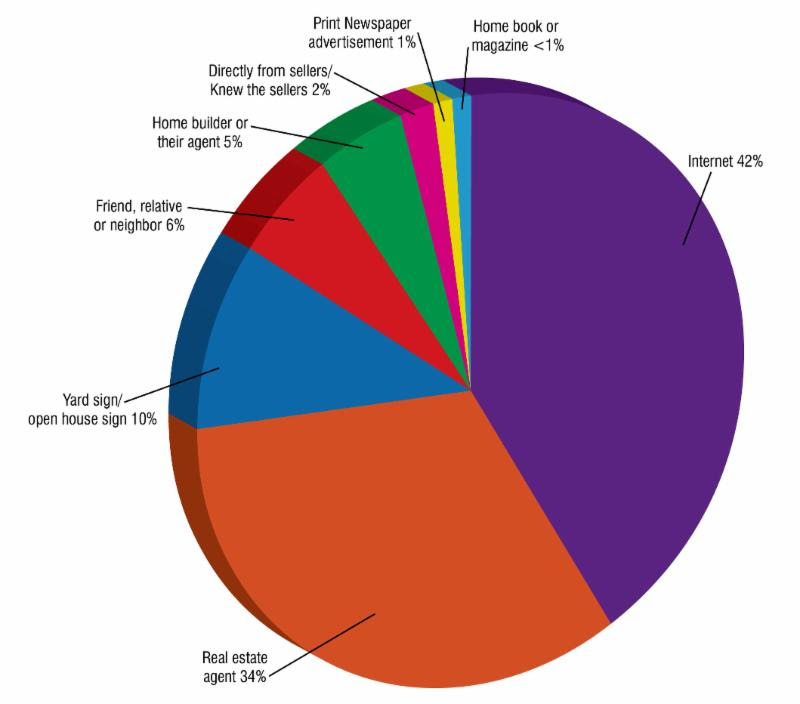 A variety of factors influence a seller’s decision to list with a particular real estate agent. 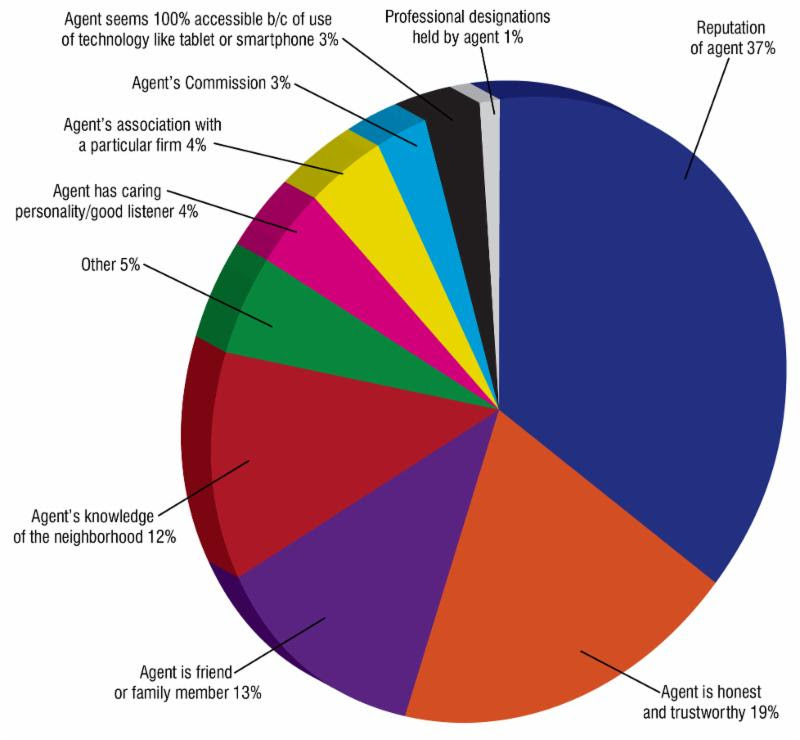