“SEASON” MAY BE EARLY THIS YEAR

“Our current closed sales volume is $1,156,721,668.67 through September 30, 2016,” said Mike Hughes, General Manager for Downing-Frye Realty, Inc. “I have seen a number of listings come in lately. This is the time of year when many people list their property for sale. Typically the total number of listings goes up in the month of October, which means that we’re building a strong inventory to accommodate the buyer demand that we expect this winter season. Last month our part-time residents already started returning en-masse, an indication that the busy season will begin even earlier this year.”

“Even though the number of Florida single family home sales in September was essentially the same as last year, the composition of this year’s group was quite different -and in a good way,” said Florida Realtors® Chief Economist Brad O’Connor. “Distressed sales made up only 10 percent of single family home sales this September, compared to over 19 percent in September 2015. And only 28 percent of sales were all-cash deals this time around, compared to 34 percent last year.

“If our housing markets are going to return to some semblance of what many might term ‘normalcy,’ it’s vital that both of these trends continue.” Similar to previous months, inventory was at a 4.2-months’ supply in September for single-family homes and at a 5.8-months’ supply for townhouse-condo properties, according to Florida Realtors.

Pending home sales shifted higher in September following August’s notable dip and are now at their fifth highest level over the past year. Increases in the South and West out gained declines in the Northeast and Midwest.

“Buyer demand is holding up impressively well this fall with Realtors® reporting much stronger foot traffic compared to a year ago,” Lawrence Yun, NAR chief economist said. “Although depressed inventory levels are keeping home prices elevated in most of the country, steady job gains and growing evidence that wages are finally starting to tick up are encouraging more households to consider buying a home.”

According to Yun, there are many positive indicators showing that the housing market’s overall health continues to improve as we near the end of 2016. In addition to sales matching their third highest pace (5.47 million) since February 2007 (5.79 million), distressed sales – foreclosures and short sales – fell to their lowest share since NAR began tracking them in October 2008 (4 percent). Furthermore, sales to first-time buyers reached 34 percent, which matched the highest share since July 2012 and was up convincingly from September 2015 (29 percent).

“The one major predicament in the housing market is without a doubt the painfully low levels of housing inventory in much of the country,” added Yun. “It’s leading to home prices outpacing wages, properties selling a lot quicker than a year ago and the home search for many prospective buyers being highly competitive and drawn out. 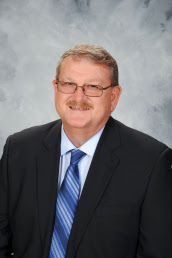 “I was working for the Lee County Port Authority when a neighbor (who worked for Bonita Bay) asked me to apply for an available position. Initially, I refused, as I was happy at the Port Authority but he was persistent and I relented; I toured the property and previewed the open position. After that, I was hooked – and the next day I gave my two weeks notice to Lee County.” — Wilson Cypher —

Here’s a link to their blog.

Keep up-to-date on Bonita Bay Club’s blog by subscribing to receive email notifications of new posts! Just click HERE and scroll down until you see “Follow Blog via Email” on the right side. Enter your email address in the space provided and click

In the exclusive Bay Woods neighborhood at Bonita Bay®, Stock Signature Homes will be building 15 beautiful estate homes surrounded by golf, lakes, wetlands and the eagle preserve.
The Bay Woods neighborhood is the last single-family neighborhood to be built in Bonita Bay®, which has long been acknowledged as one of Southwest Florida’s most prestigious communities. The caliber of its physical beauty, luxury residential product offerings, and world-class amenities is well known and highly respected. Within this exquisite enclave of custom designed homes, Stock Signature Homes is developing six new luxury floor plans specifically for Bay Woods, and anticipates that three fully furnished designer decorated models will be completed and available for viewing and purchase by 2015 Winter Season. Superior craftsmanship, the finest in natural materials, and an exceptional level of detail distinguish luxury homes by Stock Signature Homes. With a dazzling array of possibilities for unique interior designs, these are luxury homes with lasting appeal-architecturally stunning outside and elegantly appointed within. All brought to you by Stock Signature Homes, Stock Development’s award-winning home-building division. Homeowners in Bay Woods will enjoy access to the many amenities of Bonita Bay®, including walking and bicycle paths, canoe launches, tennis, fitness club, marina and boat storage, plus access to four private nature parks. Golf membership is also available to the Bonita Bay Club, which includes five championship golf courses.
Source: Stock Development
Contact me to schedule your private visit to Bay Woods at Bonita Bay: 239.770.0561.