Posted at 17:13h in Real Estate News, Shadow Wood at the Brooks by admin
0 Likes
Share

MARKET CONTINUES TO OUTPERFORM LAST YEAR
“The real estate market is poised for a good year,” said Mike Hughes, General Manager for Downing- Frye Realty, Inc. “The economy is doing much better and many Americans have seen their financial picture improve, which should translate to increased sales. During March 2018, we had 402 pending sales contracts turned in, which was a 15 percent increase over March 2017 pending sales and a 32 percent increase in pending sales volume. March’s pending sales contracts for high end properties were up 12 percent, the below $250,000 market was up 15 percent, and the $250K-$500K market was up 21 percent. With Downing-Frye’s current listing inventory of over 1,400 properties, one of the highest inventories in the area, we are positioned well for the summer season.”
BONITA /ESTERO: PENDING SALES UP
Properties in Bonita Springs and Estero that have been updated are seeing more activity, better offers and quicker closings. Homes that have been updated within the last three years are commanding higher prices and are competing against new construction homes. The Bonita Springs and Estero markets are seeing fair market value year over year, with a 3 percent increase in the median price. Single-family homes for February 2018 saw a 14 percent increase in pending sales versus February 2017, while overall closings saw just a 4 percent decrease year over year. The average days on the market were 104, an increase of 6 percent from February 2017 to February 2018. The median closed sales price for February 2018 was $295,000. The average month’s supply of inventory was 3.4 months. “Interest in the Bonita Springs and Estero markets is still high,” stated Jerry Murphy, Broker, Downing-Frye Realty, Bonita Springs.

USA: PENDING SALES SNAP BACK
Pending home sales snapped back in much of the country in February, but weakening affordability and not enough inventory on the market restricted overall activity compared to a year ago. Lawrence Yun, NAR chief economist, said, “The expanding economy and healthy job market are generating sizeable home buyer demand, but the miniscule number of listings on the market and its adverse effect on affordability are squeezing buyers and suppressing overall activity.” With the start of the spring buying season in full swing, Yun believes that one of the top wild cards for the housing market in coming months will be how both buyers and potential sellers adjust to the steady climb in mortgage rates since late last year. For the year, Yun forecasts existing-home sales to be around 5.51 million – flat from 2017.

“For each wine event, I meet with the wine vendors to hand select wines. Through this process, I determine which wines are best suited for that particular evening.” Said John St. John, Director of Food and Beverage.  “I tend to select wines from the Northwest region, generally from California, Oregon and Washington.

A Buyer’s Guide to Closing Costs. 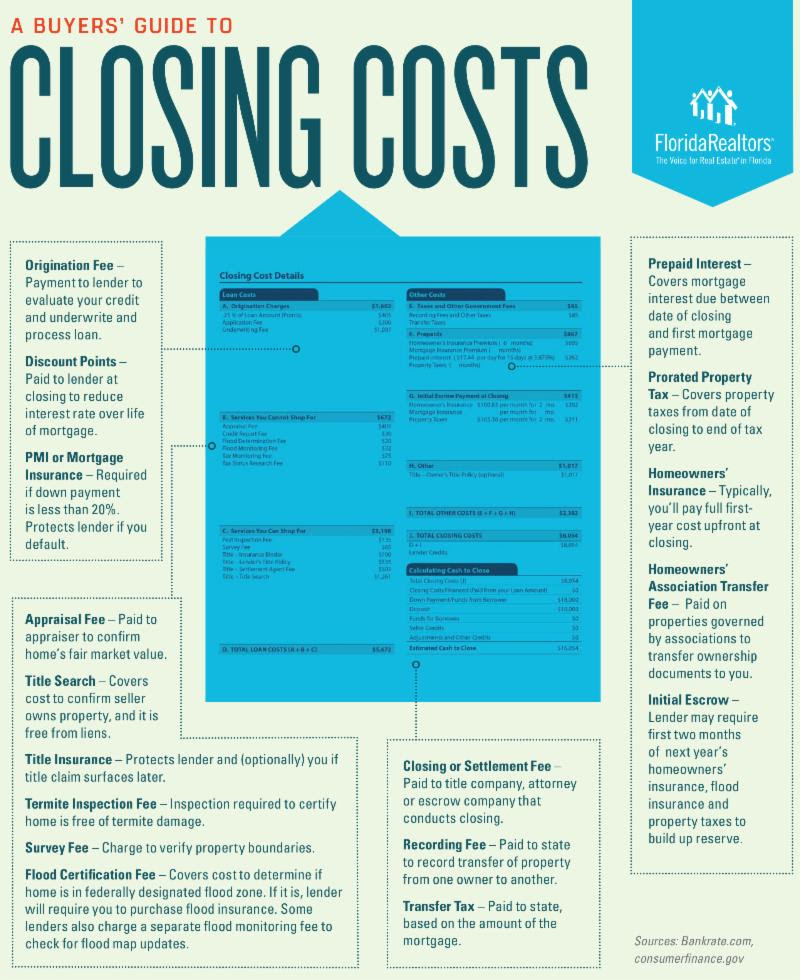 I noticed in a recent AOL article on the 25 Healthiest Communities for Retirement,  Collier County was # 4 on the list and Lee County was # 21 on the list. It listed the population of Collier County as 341,091. It also said that the 65 and overpopulation had grown by 3.7% over the past year. It mentioned that 28.8% of the county residents are over 65 years old which is more than double the national rate of 14.1 %. It listed a big perk for Collier County residents is the ” ease of accessibility to opportunities for exercise ” – 91.3% of residents have access to locations for physical activity such as parks and recreational facilities. This was one of the largest percentages nationwide.
The same article listed above had the Lee County population at 663,675. It mentioned that Lee County attracts a lot of senior citizens each year. The county’s population of people 65 and over grew by 4.5% last year. The article also said that 25.6% of the Lee County population is 65 and over.

We have had 276 pending sales turned in so far this month which equates to just over $147 million in March 2018 Pending Sales Volume. This certainly is a pretty good month for sales so far..